After a very long wait, MediaWiki’s top 500 most important messages are back at translatewiki.net with fresh data. This list helps translators prioritize their work to get most out of their effort.

What are the most important messages

In this blog post the term message means a translatable string in a software; technically, when a message is shown to users, they see different strings depending on the interface language.

Assuming that the messages follow a long tail pattern, a small number of messages are shown* to users very often, like the Edit button at the top of page in MediaWiki. On the other hand, most messages are only shown on rare error conditions or are part of disabled or restricted features. Thus it makes sense to translate the most visible messages first.

Concretely, translators and i18n fans can monitor the progress of MediaWiki localisation easily, by finding meaningful numbers in our statistics page; and we have an clear minimum service level for new locales added to MediaWiki. In particular, the Wikimedia Language committee requires that at very least all the most important messages are translated in a language before that language is given a Wikimedia project subdomain. This gives an incentive to kickstart the localisation in new languages, ensures that users see Wikimedia projects mostly in their own language and avoids linguistic colonialism. 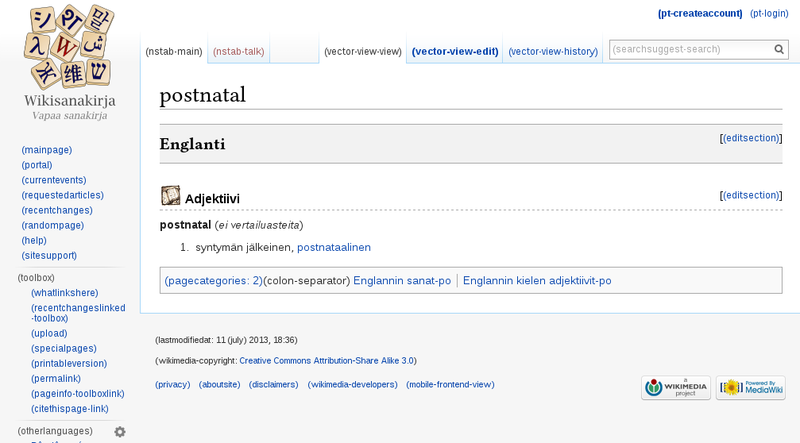 The screenshot shows an example page with messages replaced by their key instead of their string content. Click for full size.

Some history and statistics

The usage of the list for monitoring was fantastically impactful in 2007 and 2009 when translatewiki.net was still ramping up, because it gave translators concrete goals and it allowed to streamline the language proposal mechanism which had been trapped into a dilemma between a growing number of requests for language subdomains and a growing number of seemingly-dead open subdomains. There is some more background on translatewiki.net.

Languages with over 99 % most used messages translated were:

There is much more to do, but we now have a functional tool to motivate translators! To reach the peak of 2011, the least translated language among the first 181 will have to translate 233 messages, which is a feasible task. The 300th language is 30 % translated and needs 404 more translations. If we reached such a number, we could confidently say that we really have Wikimedia projects in 280+ languages, however small.

* Not necessarily seen: I’m sure you don’t read the whole sidebar and footer every time you load a page in Wikipedia.

At Wikimedia, first, for about 30 minutes we logged all requests to fetch certain messages by their key. We used this as a proxy variable to measure how often a particular message is shown to the user, which again is a proxy of how often a particular message is seen by the user. This is in no way an exact measurement, but I believe it good enough for the purpose. After the 30 minutes, we counted how many times each key was requested and we sorted by frequency. The result was a list containing about 17.000 different keys observed in over 15 million calls. This concluded the first phase.

In the second phase, we applied a rigorous human cleanup to the list with the help of a script, as follows:

Finally, some coding work was needed by yours truly to let users select those messages for translation at translatewiki.net.

In this process some points emerged that are worth highlighting.

Finally, the aim was to make this process reproducible so that we could do it yearly, or even more often. I hope this blog post serves as a documentation to achieve that.

I want to thank Ori Livneh for getting the key counts and Nemo for curating the list.